Posted in Negligent Security,Sexual Assault and Rape on October 17, 2022

Reporting an attack to the authorities or to a sexual assault attorney can be difficult. Victims may feel embarrassed, angry, frightened, hurt, confused, or unsure about their emotions while talking about what happened to them. All details of an assault are important in filing a report; however, listed below are critical pieces of information rape victims should be prepared to share with a personal injury attorney to begin a sexual assault lawsuit.

Did you know the attacker?

Research has shown that 60% of rape survivors know the person who raped them. 32% were raped by romantic partners. The remaining 8% were raped by total strangers.  If the attacker was an acquaintance or stranger, the attack should be reported to authorities immediately.

Once you have notified the authorities, and are ready, call us. While we do not handle criminal prosecution, we do work with our clients on the civil side of the law to hold defendants financially responsible for the harm they cause.

Remember that no matter the circumstances surrounding the assault, the victim is never to blame.

Where did the attack take place? 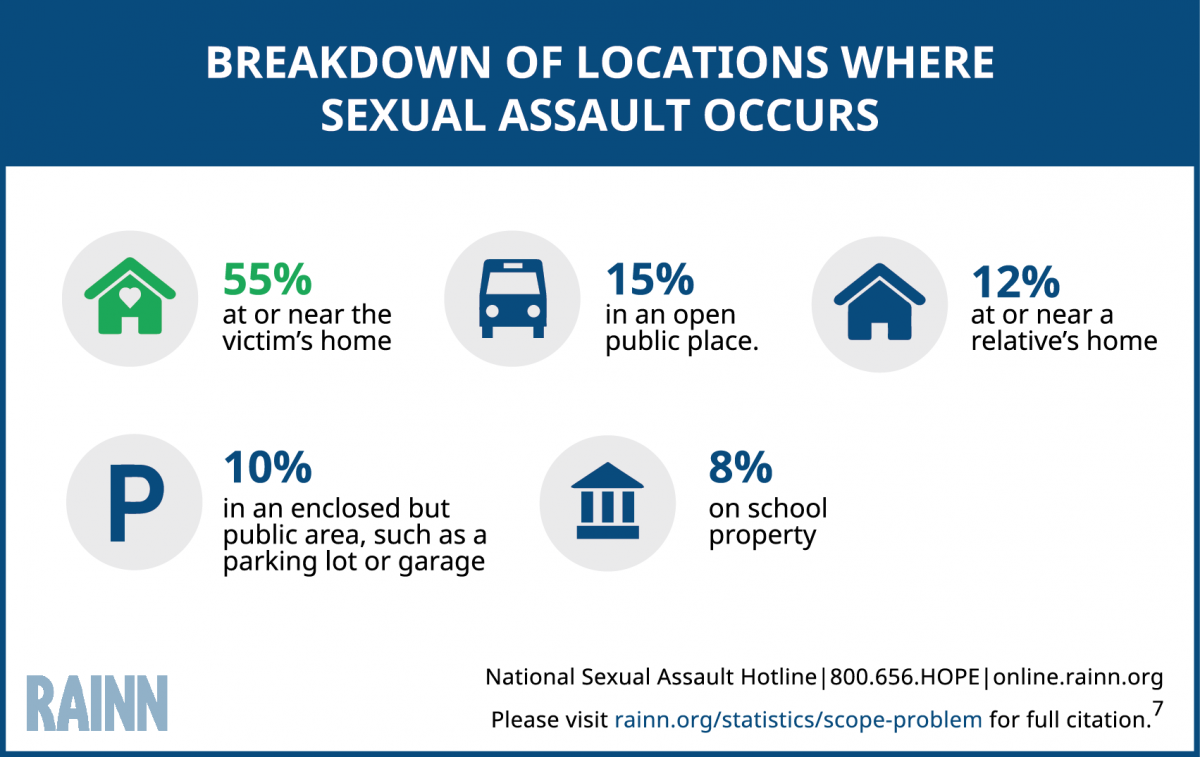 Statistically, more than half of reported sexual assault and rape cases happen at or near a victim’s home. It does not matter if the victim invited the attacker into their home, room, or was at a friend or family member’s home where they felt safe. Any occurrence of unwanted sexual assault should be reported to the authorities. Medical attention should be sought out immediately.

Sexually Assaulted at a Home

Sexual assault and rape crimes that occur at a victim’s home may also need to be investigated by a civil sexual assault attorney, especially if their home was in a shared residential space like an apartment or condo community. Landlords and property managers must make their tenants aware of recent or reoccurring criminal activity in their area. Proper signage, locks, cameras, and check-ins are all reasonable means of security that can deter a criminal from attacking.

Sexually Assaulted in a Public Place

About a quarter of sexual assaults occur in public places–either open or enclosed areas. If an assault occurs in a building’s elevator, open or covered parking lot, or even in a Lyft or Uber, the business or property owner may have breached a duty to provide reasonable security and protection on their premises to discourage the crime from happening. It is then up to the victim to file a criminal charge against the attacker, seek medical attention, and consult a sexual assault attorney to see about submitting a civil personal injury claim against the property owner.

If sexual abuse occurs at the victim’s workplace, a sexual harassment lawsuit would fall under federal law and may need to be reported to the Equal Employment Opportunity Commission (EEOC).

When did the attack occur?

The longer a victim waits, the harder it is to secure DNA evidence and security footage. File a police report and get medical attention as soon as possible. This assures that police and lawyers can build a thorough case against all at-fault parties.

Georgia sexual assault laws have different statutes of limitations for civil and criminal cases. For a civil sexual assault lawsuit in Georgia where a victim demands compensation or damages, the victim must file a civil lawsuit against an at-fault party, generally, within two years from the event. This time frame can expand depending on the circumstances of the attack and the age of the victim.

Victims must contact a sexual assault attorney with experience in premises liability, negligent security, and personal injury as soon as possible to protect their rights. It is important to file a criminal claim with The State of Georgia by reporting sexual assault to the police before contacting a civil lawyer.

Did you report the sexual assault to the police?

Roughly two out of three sexual assaults go unreported, according to the Rape, Abuse & Incest Network (RAINN). The top three reasons that victims give as to why they do not report rape or sexual assault include: 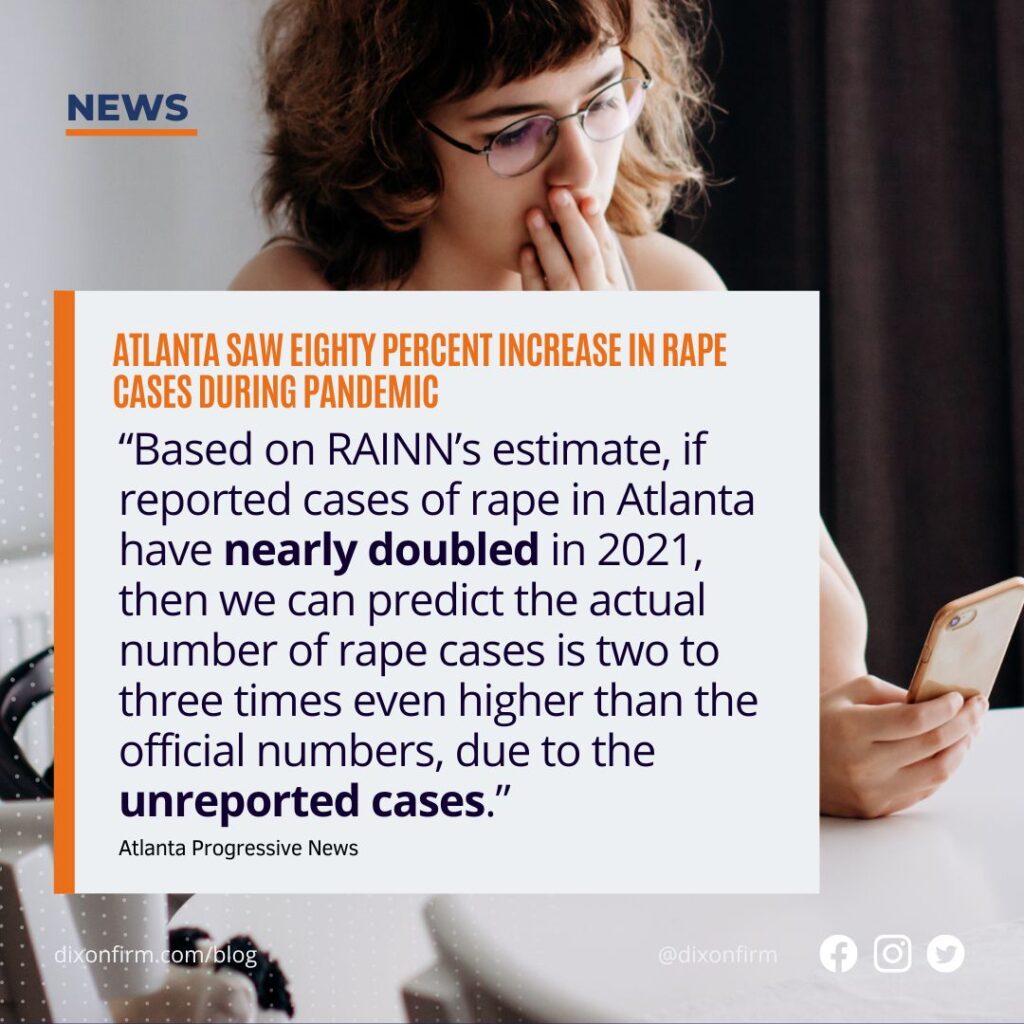 Reporting a sexual assault or rape crime helps the victim seek justice, keeps others safe from the attacker, and can force businesses in the area to make necessary changes to protect the community.

Did you seek medical attention?

Many victims are afraid or embarrassed to speak up about being sexually assaulted. However, sexual assault and rape victims should get medical attention from a hospital, emergency room, clinic, or police station as soon as possible. Rape kits can seem incredibly uncomfortable, physically and emotionally, but are often imperative to help with a sexual assault investigation.

This process not only helps to preserve evidence (for example: testing bodily fluid or documenting the time of the assault), it helps the victim to identify and avoid medical conditions like STDs/STIs or unwanted pregnancy.

Are you dealing with declining emotional and mental health?

Nearly 94% of women who are raped will experience some symptoms of post-traumatic stress disorder within the first few weeks of the incident. Survivors of sexual assault are more likely to suffer from the following:

It’s important to get physically examined after a sexual assault and to seek emotional support from a trusted doctor or therapist. Remember that victims are not to blame. The way to get justice after an attack is to report what happened quickly and honestly. Learning how to be supportive of others now can help victims come forward in case of this traumatic experience. 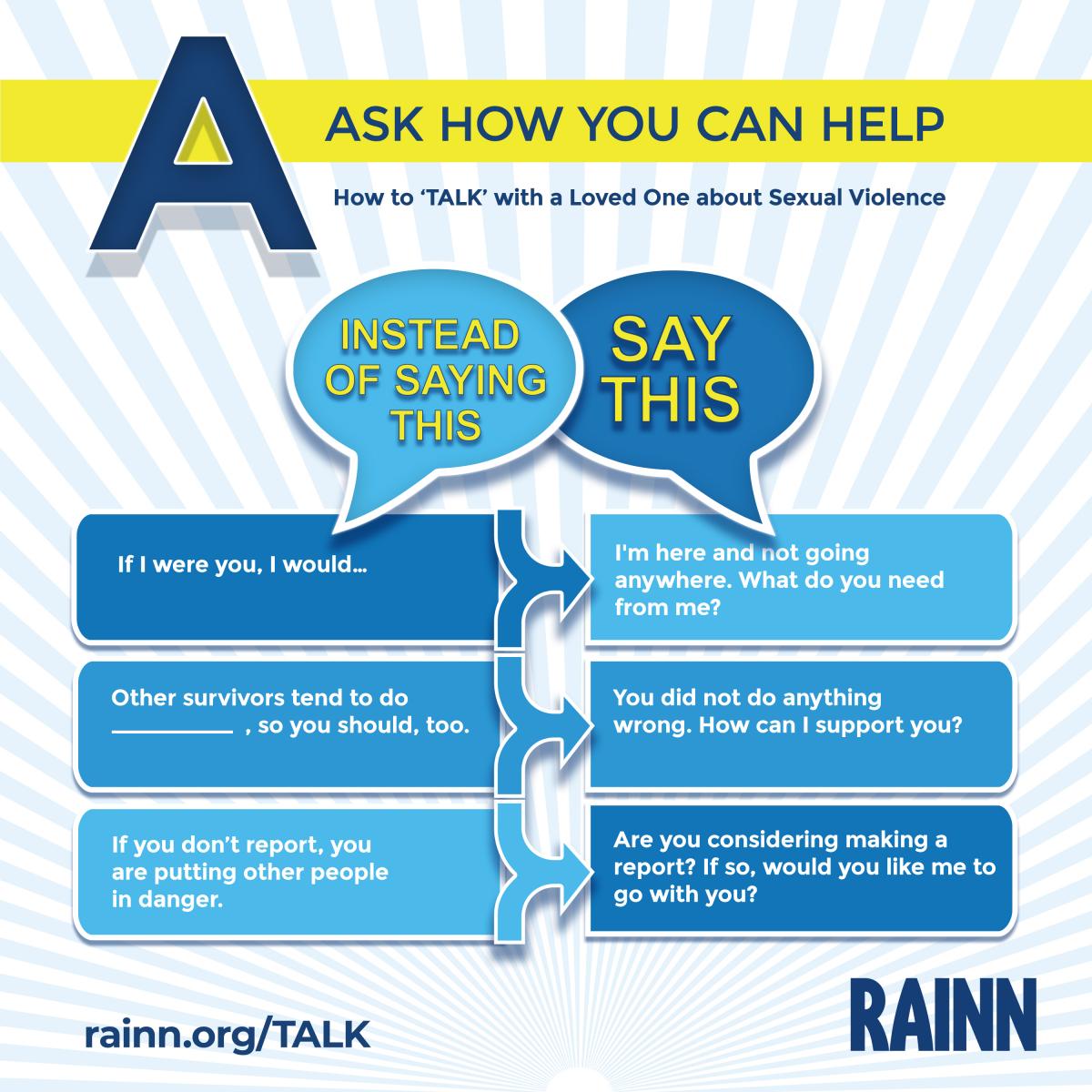 Should you file a sexual assault lawsuit?

It’s OK not to have the answers to each of these questions immediately. The most important action for a victim of sexual assault or rape is to find a place to feel safe. When they are ready, consider a criminal claim. Next, submit a civil claim with a personal injury and sexual assault lawyer.

If you or a loved one has suffered from any type of sexual assault, contact The Dixon Firm for a free, confidential consultation of your case and we will walk through these questions and more to guide you toward justice.

8 Things You Should Know About Sexual Assault