Jaila Gladden: A Story of Survival

In September 2017, UWG college student Jaila Gladden, went to Kroger in Carrolton to buy medicine and tea because she was feeling ill. At approximately 11:30 p.m., an unknown assailant, who was recently released from prison, forced her into the passenger seat of her car at knifepoint. He then took her iPhone and began driving toward Atlanta.

Once in Atlanta, the assailant drove to a church in a rough part of town.  There, he raped Jaila.  He then told her that he needed to get to Bankhead Highway to rob a gas station. She informed him that she needed her cell phone to GPS the gas station’s location, and the assailant returned her phone. Upon receiving her phone, Jaila sent her GPS location to her boyfriend, Tamir Bryant. He went to the police, who were able to track the phone.

Upon arriving to Bankhead (formally Donald Lee Hollowell Parkway), the assailant put Jaila in the trunk and attempted to rob the gas station. He returned to the car because he was only armed with a knife and the clerk was behind bulletproof glass. The assailant then drove to a second Kroger with the intent to rob it. Again, he put Jaila in the trunk and walked to Kroger.  But this Kroger had a security guard.

So the assailant returned to the car to wait it out until morning. The police caught up to them in Midtown and rescued Jaila after the assailant took off on foot. Less than 10 hours later, police found the criminal and took him into custody.

Legal Action: Why Are We Filing?

When Jaila came to The Dixon Firm with her ordeal, we determined that shopping center security was inadequate at the location where the criminal kidnapped her. Given the location and the 24-hour operation, we believe that a nighttime security guard would have deterred the assailant, especially given the fact that the presence of a guard deterred him from robbing the second Kroger.

CAN I SUE IF I’VE BEEN ASSAULTED ON A PRIVATE PROPERTY?

Text Messages Jaila Sent to Her Boyfriend While Kidnapped 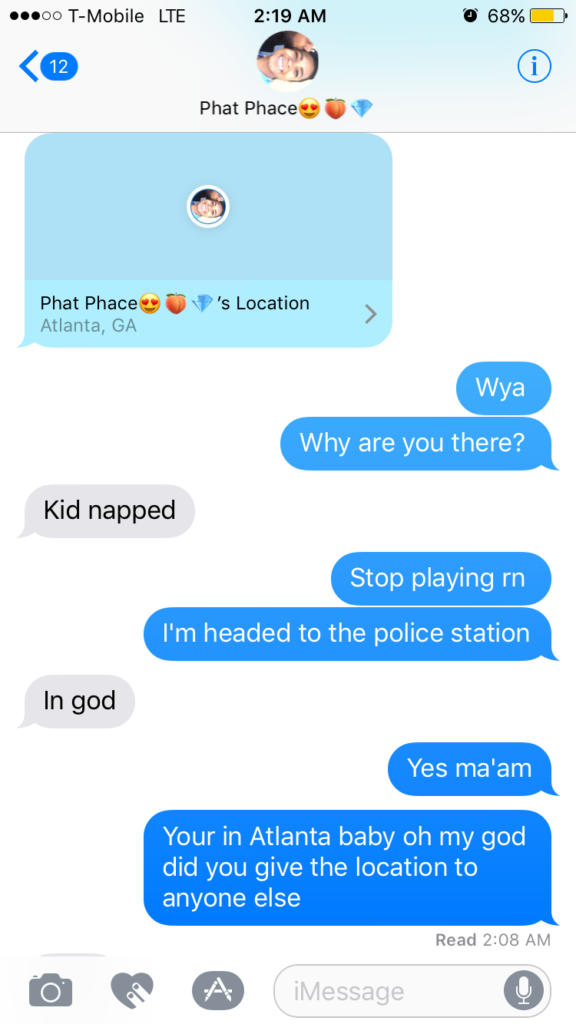 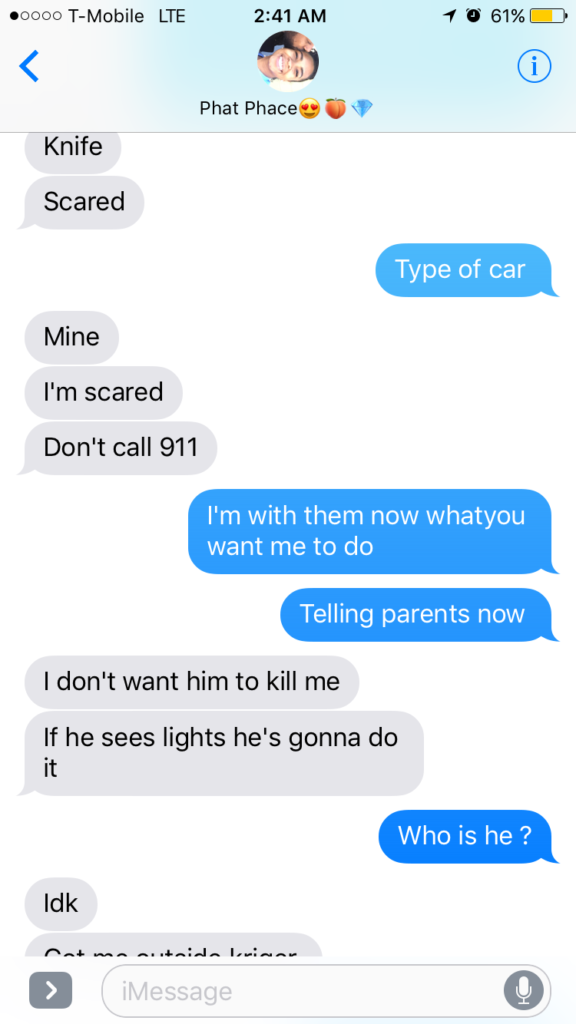 After the incident, Jaila told her story to many news outlets with hopes that her story would save help save more lives:

Cases of sexual assault and rape happen far too often. Many times criminal charges against attackers can go unsolved or inactive, so it’s important for victims to act quickly when seeking sexual assault resources and legal assistance.

After taking steps to contact the authorities and getting medical aid, contact The Dixon Firm to consult an experienced sexual assault lawyer. Call or text us at 888-DIXON-11